The 15 years of excellence in IT are translated into the financial outcomes of the Group.

Teamnet’s turnover exceeded EUR 93 million at the end of 2014.

The Group has been included for seven years in a row in the “Deloitte Technology Fast 50 Central Europe” ranking that lists top companies according to their revenues growth rate.
Moreover, Teamnet is the only Romanian company included in the “Big 5″ category of the “Deloitte Technology Fast 50 Central Europe” top in 2015, holding the fourth place in the ranking.

We have also recorded a spectacular evolution as regards the number of members in the Teamnet team – from 7 people in 2001 to 800 people in 2015. 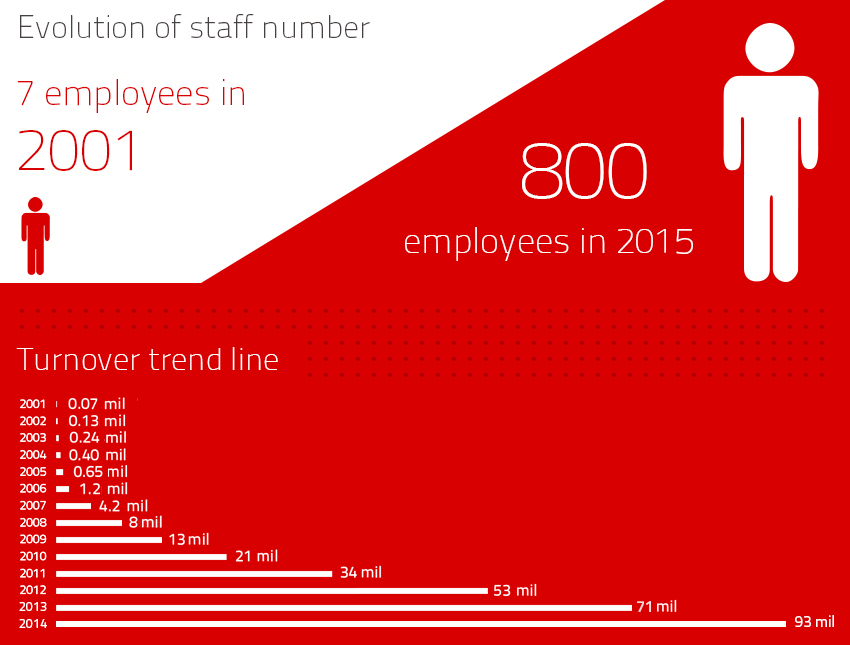