Home Media News TeamNet is one of the 3 Central European companies who have been present for 6 years in a row in Deloitte Technology Fast 50
02.12.2013 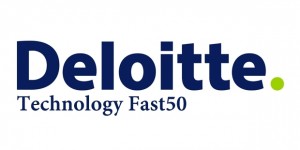 Teamnet is one of the only three companies in Central Europe who have been present for the sixth year in a row in Deloitte Technology Fast 50 Central Europe. This top ranks the technology businesses with the highest growth rates. Moreover, just like last year, Teamnet is the only Romanian company included by Deloitte in the Big 5 category, together with four other large businesses in the region with a fast growth pace.

Deloitte Technology Fast 50 is carried out by Deloitte in order to establish a hierarchy of the most dynamic companies in the field of technology, based on the growth rate of their annual revenues in the past five years. Thus, Teamnet registered a 639% growth rate between 2008 and 2012, occupying the 17th place in the top. At the same time, Teamnet ranks the 3rd in the Big 5 category, especially created by Deloitte in 2010 in order to give recognition to large businesses, with a turnover of over 25 million Euro, that register significant growth rates compared to their size.

“Teamnet’s constant presence in a top that includes companies from Central Europe is one more confirmation of the fact that our strategy and investments are sustainable. We have proven in these past 6 years that our performances are notable at the region level, not just locally. We will continue to develop new projects, contributing to Romania’s name on the map of international technological performance,” said Bogdan Padiu, CEO Teamnet.

In addition to the constant presence in the Deloitte charts, the company benefits of international recognition and through the applications and projects it develops. Teamnet developed the application through which the European Union member states report according to a unique format the geo-spatial data regarding the distribution area of species and habitats. The project MobileSage, developed by Teamnet within an international consortium, was nominated by the European Commission among the top three finalists of the Ambient Assisted Living (AAL) Award 2013, which is the programme rewarding the newest systems for providing dedicated services and care to the elderly.

The Deloitte Technology Fast 50 Central Europe programme is this year at its 14th edition and includes the following countries: Poland, Czech Republic, Slovakia, Hungary, Romania, Croatia, Serbia, Bulgaria, Estonia, Latvia, Lithuania, Slovenia, Bosnia and Herzegovina, Montenegro, Albania, Macedonia and the Republic of Moldova. This top is part of the Deloitte Technology Fast 500 EMEA programme, an extended version which ranks the most dynamic 500 technology companies in Europe, Middle East and Africa.