New Teamnet Office: the look inside the 10,000 sqm mini-town set up by the company 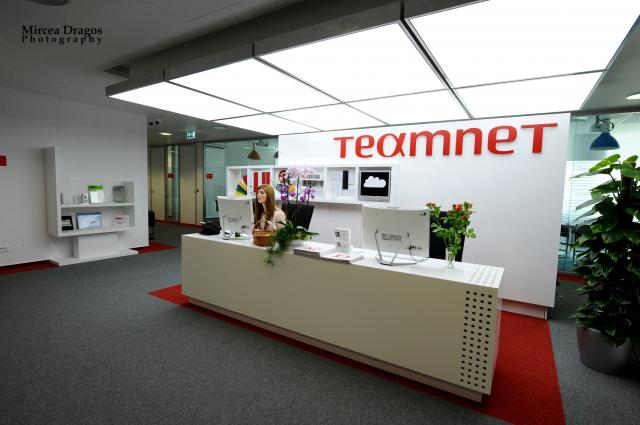 An office space of 10,000 sqm, 50 conference rooms, relaxing islands and cafeterias making you think of downtown restaurants, this is the new central business office of Teamnet, part of the office building project Green Gate, situated near Chirigiu Square in the Capital.

Teamnet business office makes you feel inside a city in miniature, at the entrance signs are leading in, once you are inside, while waiting, you can enjoy the works of young artists, there is a tempting row of couches in front of you, all along the hall ways, and if you pay enough attention around, you can see to your left a strikingly familiar cafeteria, as it is a replica of a restaurant situated in the historical center. In the work space, you can also notice that the employees who need to take a break can teleport in a comfy living room, as if just taken out from the interior design magazines. 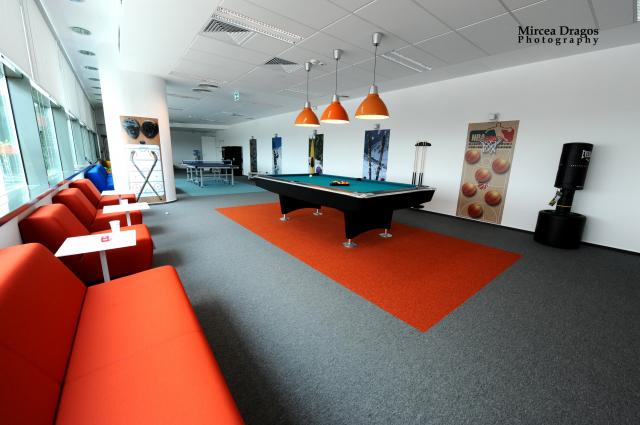 The new business office of Teamnet is situated in Green Gate building, the largest office building project delivered this year in Bucharest, where the company occupies 4 of the total of 11 floors of the building. “Currently we are the largest tenant of Green Gate, with a total surface of Teamnet offices of 10,000 square meters”, say the company officials. Besides the dimensions, the office of more than 600 employees is a working space with focus on collaboration and creativity. Teamnet office is abundant in relaxation areas, there is an extensive playground space with pool tables, and foosball and ping pong and includes cafeterias and terraces on each floor. 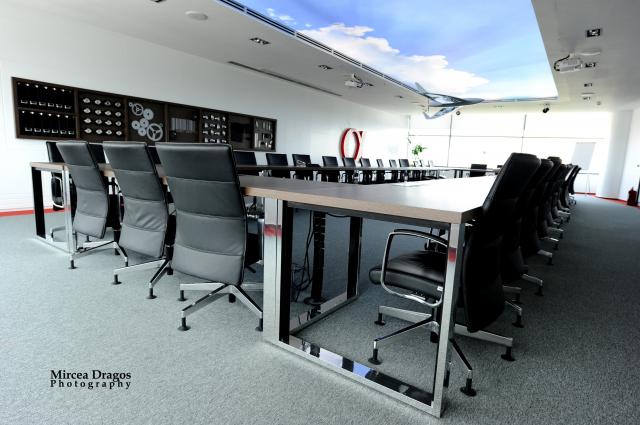 Teamnet departments are situated alongside 3 floors (8th -10th), while at the 7th floor, there is a public space available to the entire organization, with large spaces for meetings and trainings and relaxation rooms. There are also relaxation areas incorporated in the open spaces of the other floors.

We have more than 50 meeting rooms available in the new central office. Most of them are at the 7th floor, however each department has dedicated meeting rooms. These spaces were planned to facilitate the communication between teams as well as with our clients and collaborators”, Teamnet officials added. The work stations are mostly situtated in open space areas. “We wish to encourage the collaboration between teams, therefore we focused on open spaces”, said the company representatives. 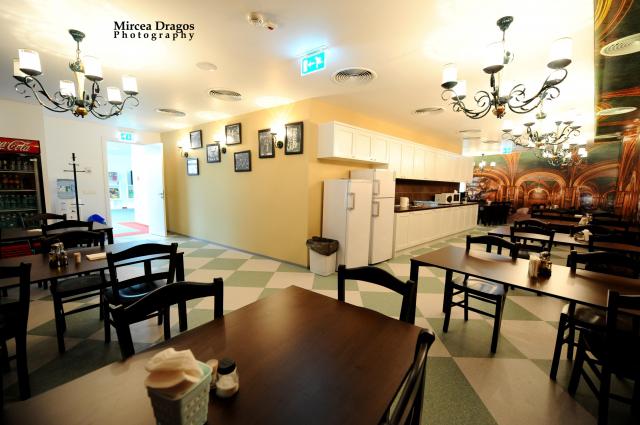 Teamnet recently relocated to GreenGate offices, which were rented even since the building started to be brought up, following a transaction facilitated by The Advisers/Knight Frank. Up to the relocation to GreenGate, the company had offices in Sema Parc, where there was the central office, but also in the office area within Marriott and in Victoriei Square area. With the relocation to the new office building, the company practically consolidated its operations in the Capital. 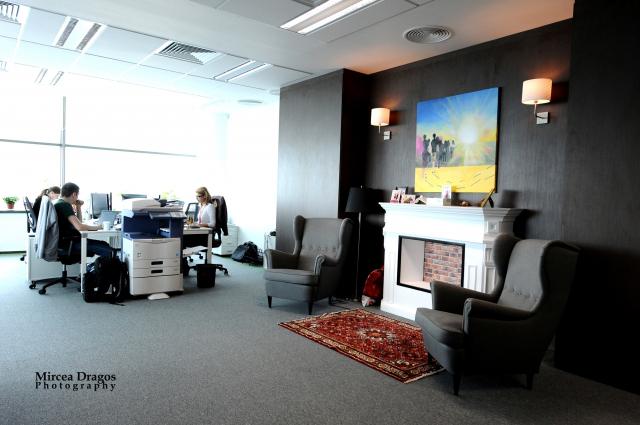 Currently, only about 15% of Teamnet team continues the activities outside Green Gate office. At the moment, the group occupies another office in Bucharest, in Victoriei Square, 3 offices in the country and another 4 offices in Belgium, Serbia, Turkey and the Republic of Moldova. “Our plans of expansion aim at developing projects in other countries in the region and opening offices at regional level in 12 other countries, among which Poland, Italy or Bulgaria”, say the company officials. 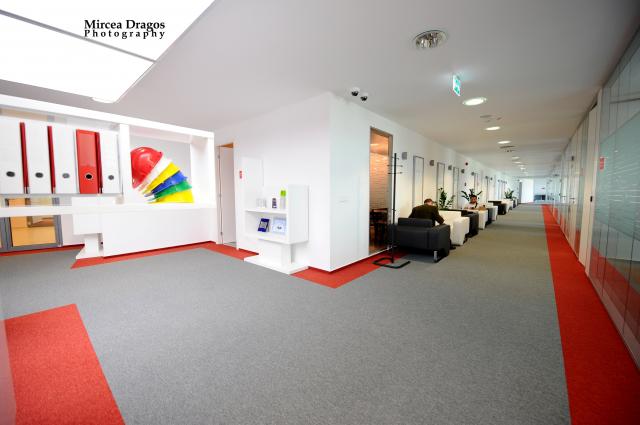 What are the strengths of the central office? The modern infrastructure available in Green Gate, high energy efficiency of the building and the green concept, with suspended gardens are in line with our brand philosophy and lead to the sustainable development of the society and to its transformation through technology”, say Teamnet officials. Regarding the weaknesses of the new office, Teamnet representatives say that “until now we have found none. Green Gate is not only covering all our needs regarding space and design but the building is also located in a central area, near the Palace of the Parliament, it offers many parking lots at the underground levels as well as facilities for the employees.” 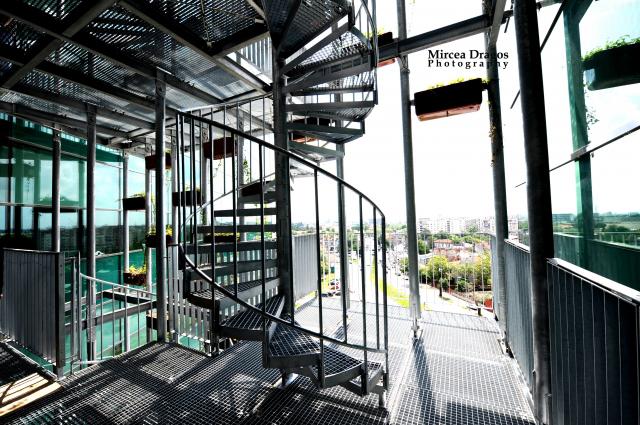 The lack of a metro station near the building was compensated for by the company with the introduction of shuttle buses on the route Unirii – Green Gate for transporting Teamnet employees.

Regarding the new office design, the company officials say that the main focus of the set up was that it has “to be representative for what we are and what we do. Therefore, each element is part of our identity or refers to the industries wherein we are active.” 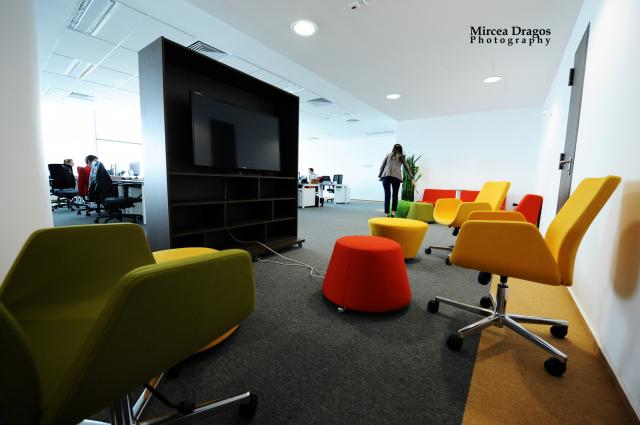 Thus, for instance, each flooris allocated a geographical area from the territory covered by the company with the services provided. The 7th floor corresponds to Romania. The kitchen is named after the capital and replicates a well-known restaurant in the old city, while the meeting spaces are named after the maincounty capital cities. The 8th floor corresponds to the Middle East, Asia and Nothr of Africa, the 9th floor relates to the Balkan countries and the Republic of Moldova, and the 10th floor is representative for the European Union.

“Another example is the inclusion of real elements from the activity of the companies or departments. The board room is probably the most spectacular, using real elements such as Hirrus UAV, the ceiling lighted up with the image of the blue sky or the elements comprised in the lateral frames”, added Teamnet officials. 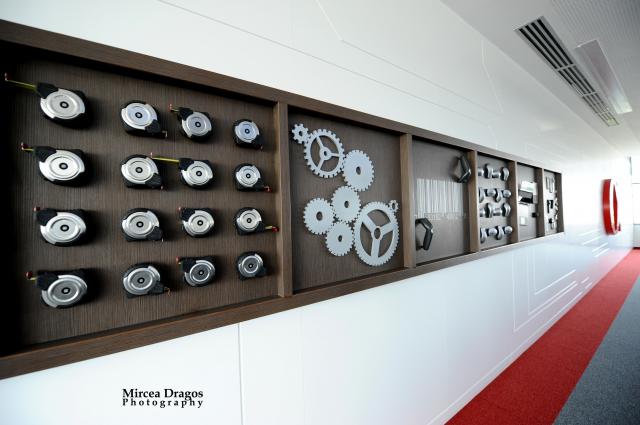 Teamnet Group includes Teamnet International – IT&C integration, Teamnet Daedalus – medical technology provider, a joint venture with Dedalus company in Italy, Team Engineering – solution provider for the automation of waste management systems, of waste waters – and Teamnet Ymens – provider of cloud solutions. Teamnet International, part of Teamnet group, is one of the most dynamic companies in the region according to the annual ranking of Deloitte.